Some of the reasons we're your favourite coffee

Hand-crafted and made to order just for you.

Help us improve the lives of coffee farmers.

Brew the Tim Hortons taste you love at home!

What are you in the mood for today?

Double Double™? We've always got a fresh pot on.

Bagged or steeped, there’s always time for a cuppa.

Treat yourself to one of Tims Café Favourites.

Cool off with a world famous Iced Capp and more.

Prepared fresh to order with delicious fillings and toppings.

Pair your sandwich, wrap, or soup with one of our savoury sides.

A variety of options made to warm and fill you up.

Always fresh baked snacks for any occasion. Like now.

Discover what goes into every delicious bite and sip.

Got a crowd to feed?

What’s new at your local Tims? Find out.

Have some fun. (We take our coffee seriously so you don’t have to.)

Sign up for our email updates and promotions today

Enjoy Tims® at Home! From single-serve to beans, find it all here.

Browse for all the great Tim Hortons products you can enjoy from the comfort of your own kitchen.

Shop for Tim Hortons products online from the comfort of your home.

The convenient and easy way to pay!

Learn more about what you can do with your TimCard®

Got enough left for lunch? Find out now.

All you need to know about your favourite card.

Buy and send a Digital TimCard® or a personalized TimCard®. Makes a perfect gift for a friend or yourself!
Buy Now

With so many Tim Hortons specialty teas to choose from, there's one for all your tea-savouring moments. Whether you like to relax with a soothing cup of caffeine-free herbal tea, or prefer the distinctive flavour of Earl Grey or Green Tea, Tim Hortons makes tea time, your time.

Available in a variety of flavours throughout the year and in seasonal favourites.

Selection may vary by restaurant. 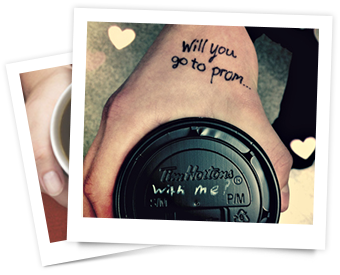 Earlier this week, a boy who is not usually very sweet asked the girl of his dreams to prom. His name is Ben Curry and her name is Christine Tran. I know both of these students very well and I know that Ben is not the type to do this for anyone which is why I find it heartwarming. Everytime he goes to Tim Hortons, he would buy her her favourite hot drink - half french vanilla, half english toffee or a specialty steeped tea. However, little did she know that this time it meant so much more.. He had gone out of his way to surprise her this lunch time with a promposal. He wrote "Will you go to prom..." on his hand in a way that it would align with ".. with me?" on the lid of the cup when he handed it to her. At first she thought he was asking her to come to Tim Hortons with him so she laughed, until he lifted up his sleeve to reveal the writing on his hand. He asked her to prom in the cafeteria in front of the whole school, and of course she said yes. To her surprise, it was "the sweetest drink she was ever gotten.. literally" , she says. I just thought I should share this sweet and awe-worthy story to everyone. Tim Hortons really is spreading the love with every cup. 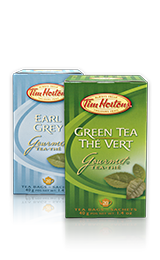 Our wide variety of high quality teas offer something for every discerning tea drinker. 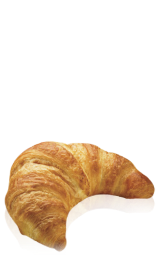 Looking for something special? Fall in love with our danishes, croissants and more. 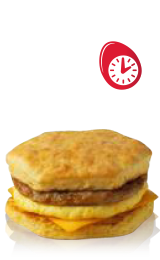 A Tims breakfast classic. Choose from a variety of meats on a Homestyle Biscuit, English Muffin or Bagel.

Your Tims Meal has

You have no items saved in your menu.

See if you have what it takes to join the world’s fastest growing restaurant brand.

Interested in joining the Tims team? We’d love to have you.

Get the latest news releases, image downloads and more.